Bullying Has No Place in a Healthy Workplace - Carole Spiers Group

Bullying Has No Place in a Healthy Workplace 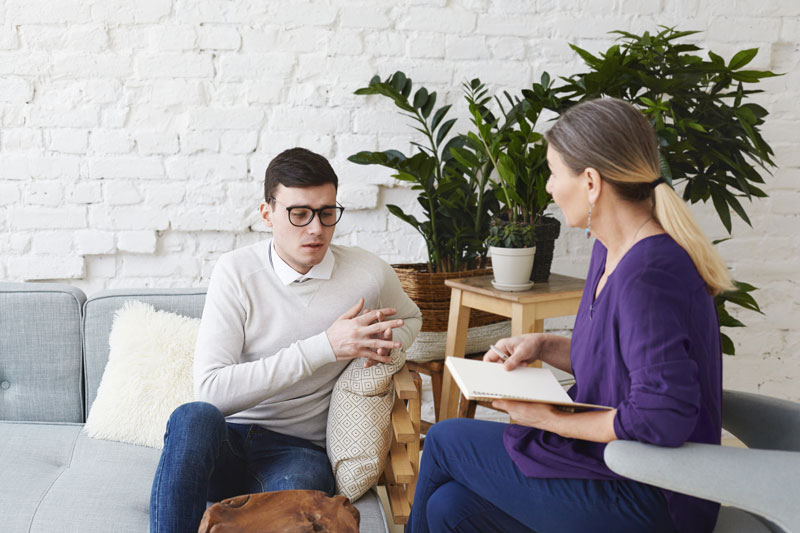 You may have read that Uber founder and CEO Travis Kalanick announced his resignation recently. This followed months of chaos and revelations of a bullying and toxic corporate culture at Uber. Corporate culture can have a major effect on people so there is a real need for organisations and managers to focus on promoting two very important qualities – they are dignity and respect for everyone while at work.

It stands to reason that the health of any corporate culture can affect productivity. If the culture is toxic, it can be hugely detrimental to those caught up in it. When an organisation has robust procedures and zero tolerance policies against bullying in place, this will go a long way towards deterring bullies. When there are signs of stress levers such as intimidation and harassment at work, management should deal effectively with them. Having said that, it’s often difficult to identify the early signs and symptoms of bullying.

To understand this better, we need to ask ourselves –
• How does bullying behaviour manifest itself in the workplace?
• Why does one person regard a particular behaviour as bullying, while someone else sees it as tolerable, simply indicating a dominant attitude (even if such an attitude may be unwelcome)? 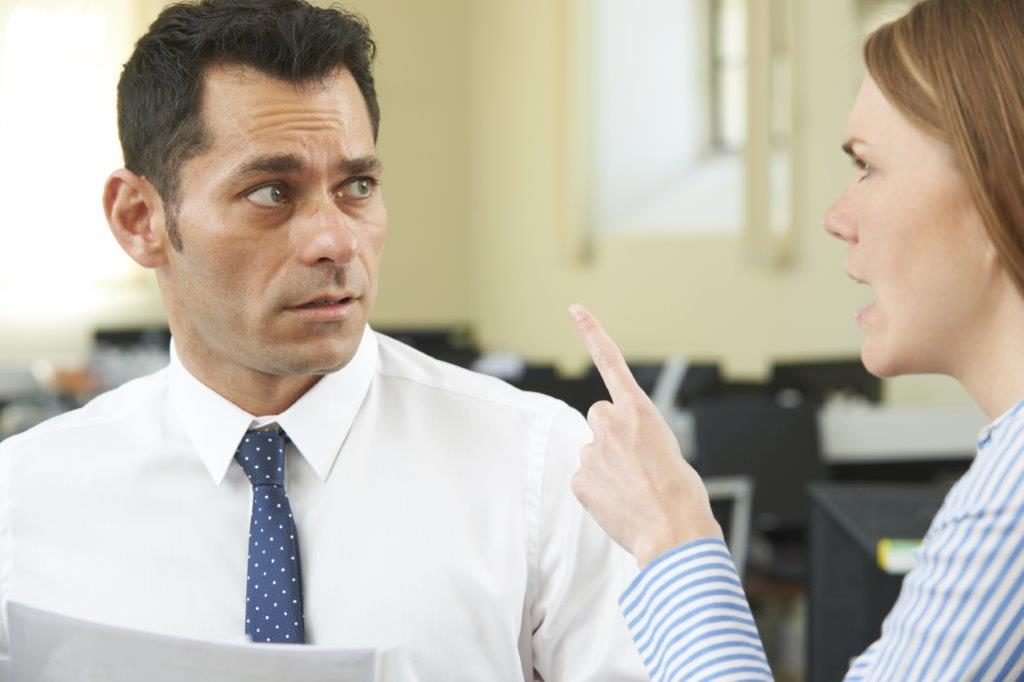 Bullying behaviour can be overt or covert

Bullying behaviour relies on a wide range of tactics – overt and covert. Disparaging remarks or criticism made by colleagues or managers can have harmful effects on an individual at the receiving end. This individual then feels their professional competence is being called into question – and it’s undermining their work.

For example, failing to acknowledge or approve work that’s been done well. Or omitting to ask for someone’s opinion, when that someone is clearly best qualified to comment.

You can recognise bullies, because typically they –
• Make unreasonable demands on their chosen target
• Shout at victims publicly, as a deliberate tactic to disempower them
• Give instructions which they then change for no apparent reason
• Allocate tasks which they know are beyond an individual’s ability
• Block promotion by refusing to give fair appraisals
• Fail to endorse pay increases or bonus awards, though fully earned
• Exclude an individual from discussions germane to their work responsibilities
You may well have observed some of these behaviours happening in work situations yourself – sadly, they’re not that uncommon. 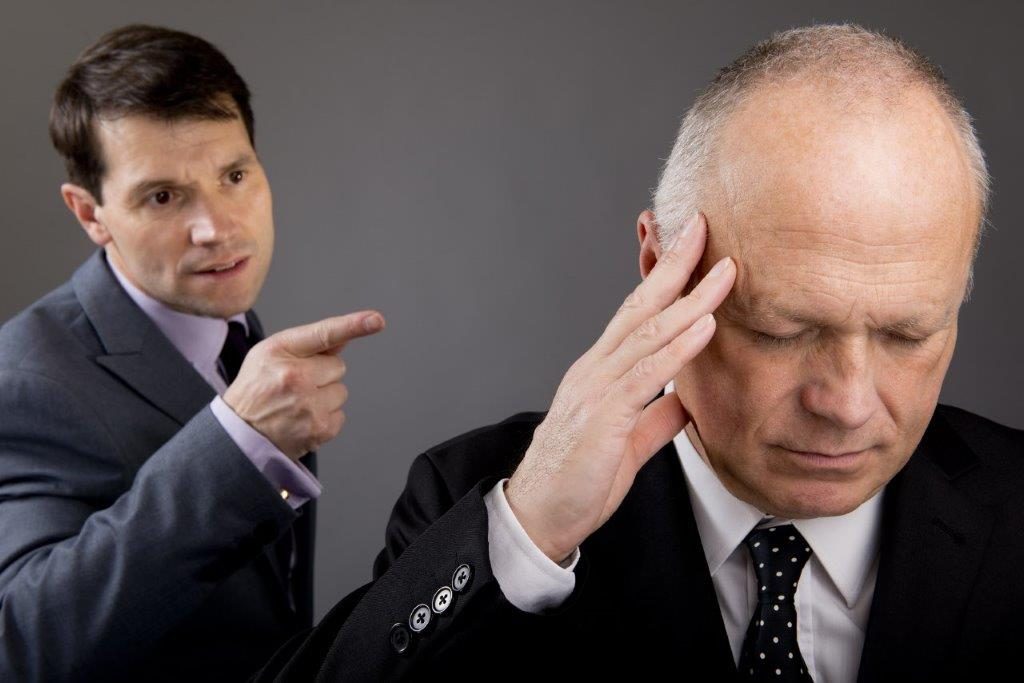 How does bullying affect people?

People who are bullied at work often feel they’ve lost control, and they’re no longer able to carry out their duties efficiently. They try to regain the semblance of normality – but frequently this is unsuccessful. After a while, people who’ve been bullied may become tense, anxious, prone to emotional outbursts, and behave un-cooperatively. Worse still, the stress that bullying causes often leads to minor illnesses, such as headaches, irritable bowel syndrome, and fatigue. When people experience stress over time, this can result in more serious health problems – for example, very unpleasant conditions such as ‘burnout’. 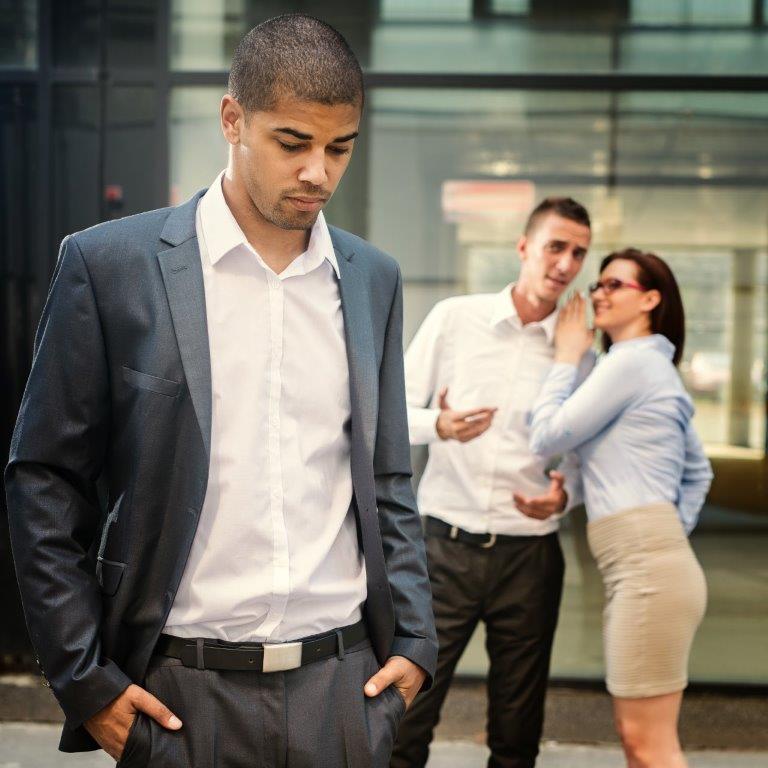 When they’re being subjected to bullying, people are often reluctant to discuss their experience for fear of reprisal or further intimidation. Talking about it may be seen as a ‘black mark’ against them that could damage their career progression. Most victims of bullying have two main aims – they want to keep their job and they want the situation to return to normal.

What actions can an organisation take to prevent bullying?

• Introduce policies to counteract bullying and harassment
• Train HR people to recognise the signs and symptoms of bullying
• Carry out stress and culture audits to identify ‘hot spots’
• Focus on developing soft skills
• Mediate between ‘victim’ and ‘perpetrator’
• Ask a question such as ‘Have you ever experienced bullying in this organisation?’ during exit interviews

What you should remember

With over 25 years of providing training, mediation and consultancy in the field of workplace bullying, contact us if we can help in any way: [email protected]